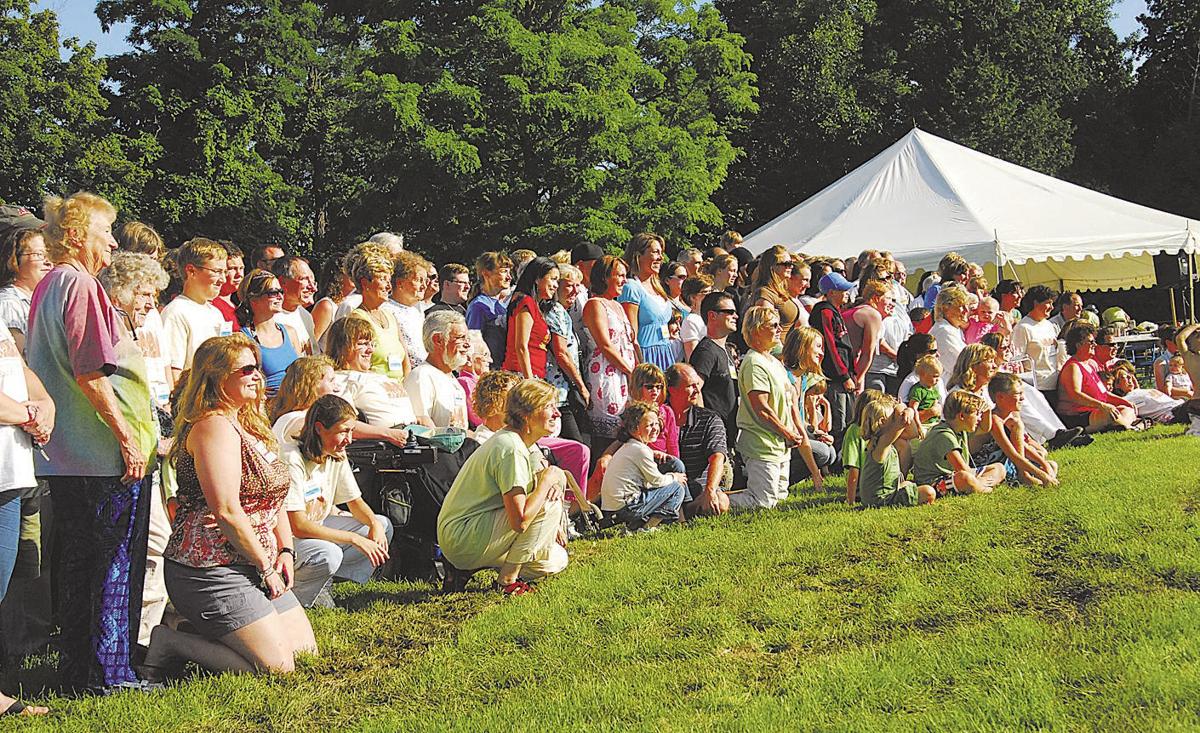 More than 160 relatives line up in preparation for a family photo session during the Hagar reunion on Cumberland Head in the Town of Plattsburgh. The reunion celebrated the Hagar family history, which dates back 13 generations. 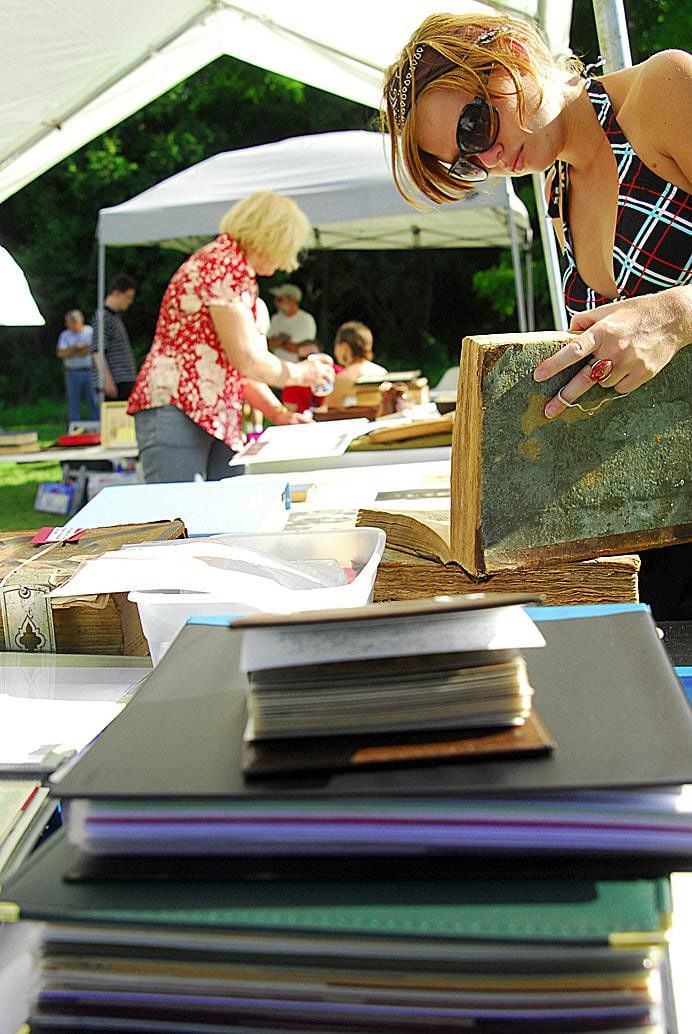 Tiffany Allen of Utica thumbs through historical books on display with antiques during the Hagar reunion on Cumberland Head in the Town of Plattsburgh.

More than 160 relatives line up in preparation for a family photo session during the Hagar reunion on Cumberland Head in the Town of Plattsburgh. The reunion celebrated the Hagar family history, which dates back 13 generations.

Tiffany Allen of Utica thumbs through historical books on display with antiques during the Hagar reunion on Cumberland Head in the Town of Plattsburgh.

PLATTSBURGH -- Thirteen generations of the Hagar family gathered recently for a celebration at the original Hagar Homestead on Cumberland Head Road. More than 160 Hagar descendants came from across the country to share stories and learn about their Plattsburgh heritage. Jane Addoms Hagar-Babbie and Helen Cornelia Allen Nerska were the chief organizers of the reunion. The Hagar family's last reunion was in 1978, 30 years ago, at the Ladue Camp on Cumberland Head. "The idea for the reunion began last fall when Helen wanted to plan a 90th birthday party for her uncle, Frank Allen," Babbie said. Unfortunately, he died before the reunion was held, Nerska added, but he was part of the inspiration. "Family members were contacted mainly through group e-mails, word of mouth and on our Hagar reunion Web site," Babbie said. After registration, family members toured Riverside Cemetery and Hagar Cemetery. Each person wore a name tag that was color coordinated to depict who was descended from which of the four brothers: Luther Hagar, William Gardner Hagar, Frank Nichols Hagar and John Addoms Hagar. T-shirts with pictures of the brothers were also given out. There was a tent set up with an extensive Hagar family genealogy and memorabilia, including old Bibles, diaries, silverware and dishes. Formal presentations of memories and histories of the Hagar family were given by 10th-generation Hagar descendants Carlene Allen Raper from Burlinton, William Gardner Hagar III from Newton Highlands, Mass., and Jonathon Nichols Hagar from St. Louis; 11th-generation descendant Richard Hull Allen from Essex Junction, Vt.; and former Clinton County Historian Addie Shields. The day ended with a bonfire and fireworks. The Hagar family has been on Cumberland Head since the late 1790s. "It starts with Major John Addoms, the son of Jonas and Elizabeth Sexton," Babbie said. "Elizabeth Sexton Addoms was the sister of Hannah, wife of Zephaniah Platt, founder of Plattsburgh, and that is how we came to be in this part of the country, instead of somewhere else. "Major Addoms rendered valuable aid to his country as a civil engineer and surveyor during the Revolutionary War." During the War of 1812, Major Addoms knew the Cumberland Head area would be a route for invasion, so he moved his family to Middlebury, Vt. There is a Hagar farm in Middlebury still standing today. "A bit of trivia is that the first cannonball fired by the British fleet struck near Major Addoms's home and the cannonball was donated to the Clinton County Historical Association," Babbie said. The Hagar family owned the majority of the southern tip of Cumberland Head and has remained a significant family in Plattsburgh. In Plattsburgh, the Hagar Cemetery, the Hagar Heritage Trail and Hagar Block, off of Clinton Street, have historical markers to honor the family. Babbie thinks it is important to plan reunions because "family was always so very important to the Hagars. The Hagars were always together, planning large picnics, boating and swimming on our beautiful Lake Champlain, going on day trips to places like Ausable Chasm, the Hagar farm in Jay, taking the horses out for a buggy ride in the summer or a sleigh ride in the winter."

94,of Plattsburgh, passed away Friday, September 25, 2020 at her home. She was born in Philadelphia, Pa. on February 22, 1926. Services will be private for the family. Arrangements are entrusted to the Brown Funeral Home in Plattsburgh.