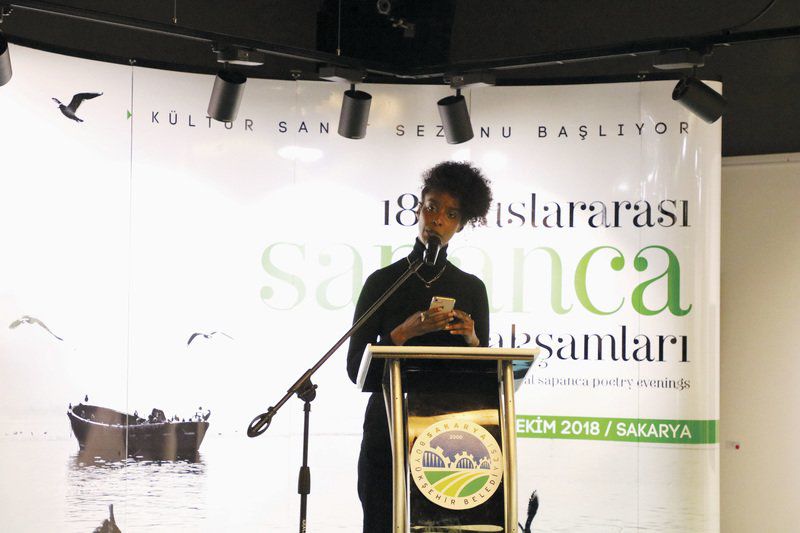 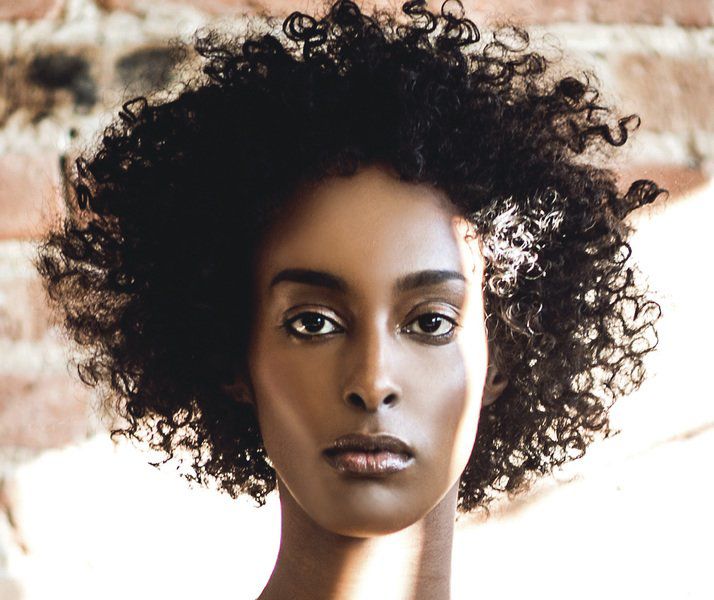 KIRSTEN MICCOLI/PHOTOLadan Osman drafts her poems in a fair amount of silence, but the revision process is against a musical backdrop of artists ranging from Prince to Whitney Houston to Yukimi Nagano of Little Dragon 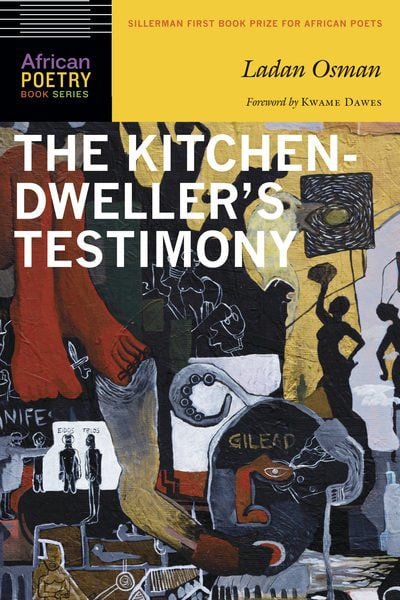 IMAGE PROVIDEDLadan Osman is the author of “Ordinary Heaven,” a chapbook, and the collection, “The Kitchen Dweller's Testimony.”

KIRSTEN MICCOLI/PHOTOLadan Osman drafts her poems in a fair amount of silence, but the revision process is against a musical backdrop of artists ranging from Prince to Whitney Houston to Yukimi Nagano of Little Dragon

IMAGE PROVIDEDLadan Osman is the author of “Ordinary Heaven,” a chapbook, and the collection, “The Kitchen Dweller's Testimony.”

“Some people say pleasant as a short cut, but I think the best English word is soundness,” said the Somali-American poet/filmmaker/photographer,who was featured at Wednesday's Black Poetry Day celebration at SUNY Plattsburgh.

Osman is the author of “Ordinary Heaven,” a chapbook, and the collection, “The Kitchen Dweller's Testimony.”

She drafts her poems in a fair amount of silence, but the revision process is against a musical backdrop.

“Songwriting has been a big influence, especially my second book there is different people who are cited,” Osman said.

“And then the way that people deliver. So, I'm thinking a lot about Donnie and Lalah Hathaway, the silkiness in the voices and where you can see heritage in their voices and where it diverges.”

Whitney Houston exemplifies the expertise she hears in certain voices.

“You can almost hear in their voice that they sang in a holy house. They have an awareness of a grand ceiling or something. The voices are athletic and careful and the artistry behind that. It's beautiful and it's informative, but it's also genius.”

She returns again and again to Prince, Valerie June and Yukimi Nagano of Little Dragon.

“The accomplishment that happens in music, I would like to be able to do something,” Osman said.

When she hears a musical breakthrough, she thinks about how can that work inside of a poem or like a lyric essay.

“When I write, I try to get things in a logic system that I am comfortable with or start to move with,” Osman said.

“But I do record drafts and listen back to them to see where I'm stumbling or where something just sounds hideous. It's a multi-step wave.”

Though sound is very important, she is also very cognizant of what happens on the page, even graphically.

Osman just returned from Turkey, where she participated in a poetry festival and worked on a film project interviewing exiled artists in Turkey.

“Or otherwise had their practices interrupted that are now in Istanbul,” Osman said.

“Exiles of Eden” is her forthcoming poetry collection from Coffee House Press in May 2019.

“That will be a little bit of experimental text, poems and some photographs,” Osman said.

Her ethnicity and faith tradition, Muslim, are her unapologetic oasis.

“I think a lot of people have tried to make me worry about it, and I think what is under that is trying to determine somebody else's point of orientation, which I think is very often, especially in an American context, an American publishing context or contemporary poetry I should say, is sometimes not very interested in a full and lived experience and does very often center a particular kind of whiteness,” Osman said.

“So anything that is not that needs to be defined and overly defined almost to the point of being like an encyclopedia entry. So you're a Somali writer, you need to pepper your work with the names of lakes and rivers and throw in some Somali phrases.”

She doesn't have an issue with that because a fair amount of her work contains that and word play.

“So if you understand English and Somali, it's something different just for you and unlocks just for you,” Osman said.

“But I have felt a bit of pressure to do that and have had experienced early on open rejection. People telling me I wouldn't publish someone with your name. You can't write with that name or with this background unless it's just going to be about Somali things in a very explicit, explaining way, so that people can almost be a tourist inside your ethnicity.”

That's not the work that she is doing or her approach.

She is who she is and very comfortable with that.

"But I don't think that it's my job to help other people to feel more comfortable with that,” Osman said.

“I've never had the experience that however kind or good or accessible I try to be if someone has a kind of prejudice or a poor imagination about someone like me. Nothing is going to help them, and I have just eroded myself trying to get them to see me, to humanize myself. What do I look like trying to humanize myself when I'm a human. It doesn't actually make any sense.”

Things were very hard for her until she published in 2009.

Things shifted before her books came out, and in 2014 she was awarded the Sillerman First Book Prize for “The Kitchen Dweller's Testimony.”

She doesn't automatically understand everything in texts about upper-class European Americans or different European languages.

“That is not work most people are asked to do in most grad-school classes,” she said.

“And yet, there's this assumption too, that everything you do is secret and coded and particularly, for me, African, and is not accessible for a reader.”

Sometimes, she is simply talking about a deer and flower and not some secret African ritual.

"To be open and full and not limit myself or treat myself like I have to hide what I am or make myself seem less than what I am in order to appease others but at the same time to not simplify myself. It seems to lead to better book sales.”