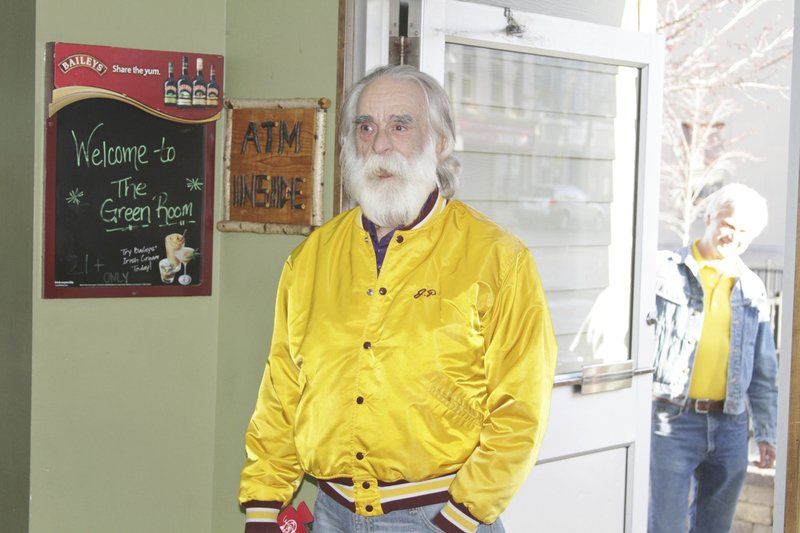 ROB BURAN/PHOTOMother's proprietor John Perras was ambushed by a crowd of former employees, friends and family members as he walked into a surprise belated birthday for him in the Green Room, which occupies the building formerly known as Mother's. 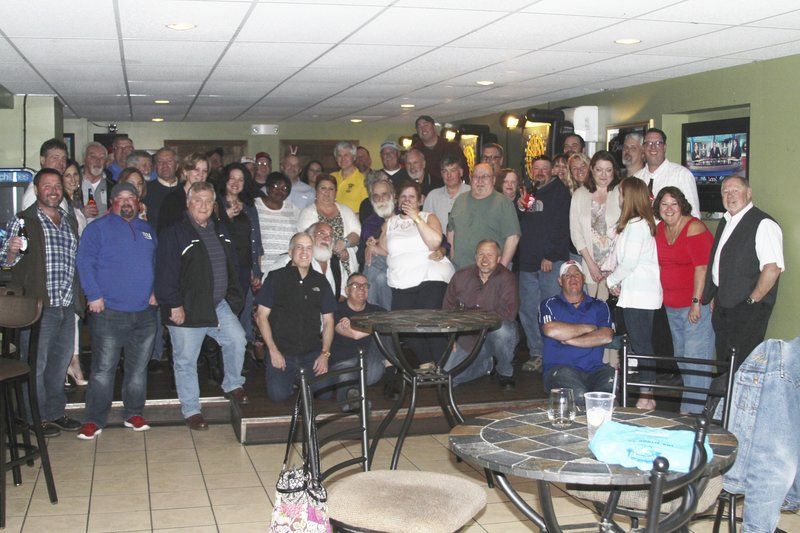 ROB BURAN/PHOTOFormer Mother's employees and patrons pose for a group shot at Saturday's reunion, where many left feeling no pain like days of old.

ROB BURAN/PHOTOMother's proprietor John Perras was ambushed by a crowd of former employees, friends and family members as he walked into a surprise belated birthday for him in the Green Room, which occupies the building formerly known as Mother's.

ROB BURAN/PHOTOFormer Mother's employees and patrons pose for a group shot at Saturday's reunion, where many left feeling no pain like days of old.

PLATTSBURGH — At one time in his life, John Perras had three mothers, the latter two named after his mother, Olive Perras.

These days in Daytona, John hustles at the billiards table in Walden’s Bar, which has served spirits and good times since 1948.

That’s three years after John was born in Lake George.

He opened Mother’s I there in 1969. It was named for his mother, Olive.

“It was a log cabin built back in early 1940s with hand-hewn Adirondack logs and was 5,000 square feet,” said John, who was in Plattsburgh recently for a surprise belated-birthday celebration and Mother’s reunion at the Green Room, the former site of Mother’s.

“It was a bar and nightclub. We ran rock 'n’ roll groups on Friday and Saturday night,” he said.

“We opened Oct. 9, 1969. That was our first weekend. We were the only bar opened in Lake George with a rock 'n’ roll band. We had a tremendous amount of locals.”

The stage was enlarged to 15 feet to accommodate Mangione’s octet.

Another talent to walk into Mother’s I was Joey English, who gigged there three summers. He was the lead drummer for Paul McCartney and Wings.

The friction between locals, college students and Air Force personnel was the biggest beef at Mother’s II in Plattsburgh.

“A lot of guys (veterans) were coming home,” John said.

“If you worked the front door, you would get in a fistfight trying to put someone out. That was the toughest turn. During the Vietnam era, people would fight at the drop of a hat.”

“We had some local bands in the beginning," he said.

"Some groups, it was $5 a head to get in. We brought the first male dancers into Plattsburgh. There was a line around the block waiting for the male strippers.”

He handled the programming, physical plant and hiring. His mother did the books.

They expanded their operations and opened Scandals, a 6,000-square-foot space in a former Woolworth’s in Glen Falls.

Hot artists like Michael Jackson, David Bowie and Prince are gone now, but their hits “Beat It,” “Let’s Dance” and “When Doves Cry” were spun during Mother’s glory days.

An '80s deejay was Andy DeBono, a Brit, who crossed the pond last week for his old friend.

“He sent me a letter from London,” said John, recalling how they met.

Richie Havens was one of the celebs who lounged in the deejay booth, where VIPs hung out above the dance floor.

Mother’s apparel included a gold jacket with maroon lettering emblazoned across the back and the infamous dance-your-ass-off T-shirt.

“Police Chief Leo Connick wanted to arrest me for having that jacket on," John said.

"He thought it was vulgar.”

During the ‘80s, Plattsburgh State hockey was one of his other favorite things.

The reunion's well-wishers included Chris Panek of the championship 1987 squad at Plattsburgh State.

“He kept handing me the phone,” John said.

“Every time it was another All-American from Plattsburgh State wishing me a happy birthday and sorry they couldn’t be there.”

John's former wife, Marianne Morrison, was among his well wishers.

She was responsible for Mother’s décor and ambiance.

“What a wonderful run,” he said. “I could not have done it without her or Sandy O’Brien (office manager for 13 years). They both held up their ends.”

Mother’s closed as the result of a family illness in 1993.

“We pulled out,” John said.

“One of my managers came in George Facteau. He ran it and after him Kevin Hunt who came in.”

Perras had no inkling of his surprise-surprise masterminded by his son, Zeke Perras.

His sons lured him with the promise of a meet-up with old Mother’s managers and a long-overdue visit to his grandchildren, Julia, Alix and Cameron.

The plan unfurled without a hitch.

After an Italian dinner, they lured their father to the Green Room to shoot pool.

“Zeke said, ‘When you open that door, I don’t want you to have a heart attack but 200 friends and employees from around the world are waiting,’"John said.

"I opened the door and cried the first half hour. I had people from 12 states for the party. It was just overwhelming.”

“I got home at 8:30 the next morning. We closed the Fourth Ward, and then we went to an after-hours party. I was up 25 hours straight without sleep. At 70 years old, I’m in great condition.”

'BEEN IN THAT BAR'

Back in Daytona, he plays softball with 60-and-older and 70-and-older teams.

“I’m happy to be alive. It’s good to be here. It’s more than one time a bullet lodged next to me in Mother’s.”

At the reunion, he wore a vintage Mother’s gold jacket.

In Daytona, he gets tapped on the shoulder regularly when he rocks it.

“I wish I had dollar every time someone stopped me and said, ‘I’ve been in that bar, and I had a wonderful time,’" John said.

"There’s nothing to say there won’t be another Mother’s.”