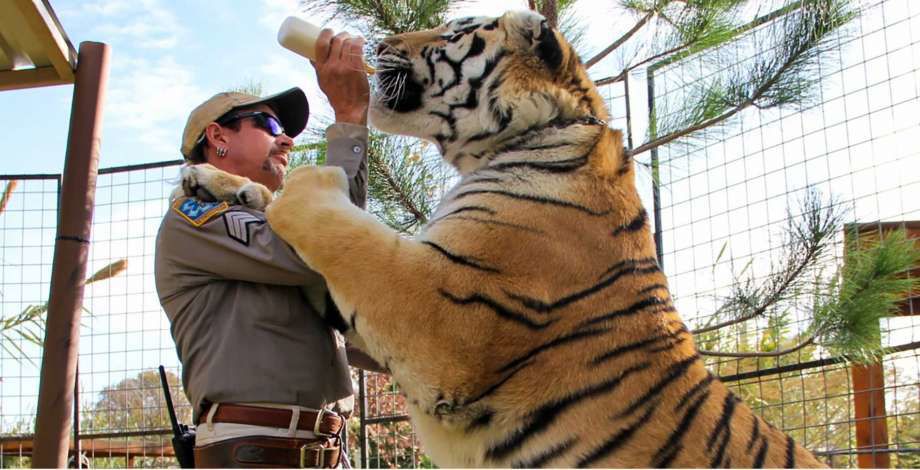 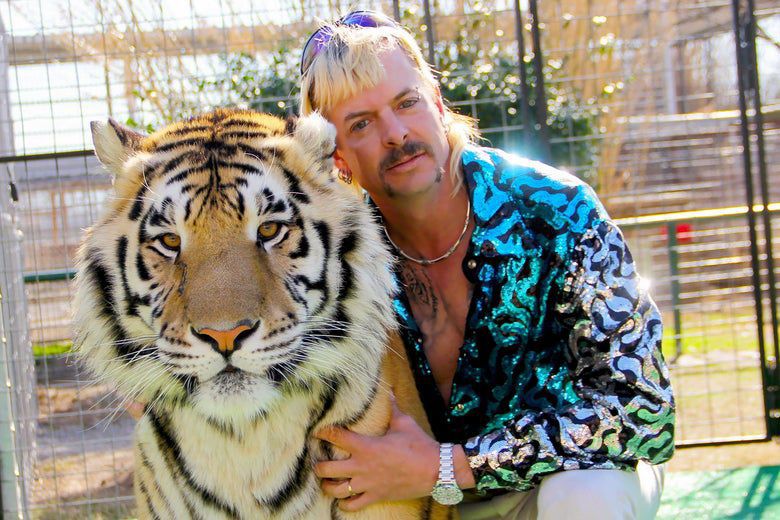 Joe Exotic with tiger at his big cat zoo in Wynnewood, Okla.

Joe Exotic with tiger at his big cat zoo in Wynnewood, Okla.

There’s a three-story museum in downtown Wynnewood, Oklahoma, that depicts life in the city of 2,300 people a century ago. Rooms display a general store, post office, funeral parlor and other period artifacts.

Just 3 ½ miles southwest on the edge of town sits another museum of sorts – a sprawling roadside big cat zoo. It was the setting for a bizarre documentary series that’s exploded in popularity on Netflix since the coronavirus pandemic arrived.

“Tiger King: Murder, Mayhem and Madness” doesn’t reflect life in Wynnewood or anywhere else in a civil society. Nor does the documentary’s central character, Joseph Maldonado-Passage, better known as Joe Exotic, owner of the zoo that featured 200 tigers and other big cats.

But together they’ve captured the fascination of millions of viewers sheltered at home since the six-part series began March 20. Their comments light up online talk, procreate pop culture podcasts and generate incessant memes. The subject even came up at President Donald Trump’s press conference Wednesday.

The bigger-than-life drama centers on a feud between Joe Exotic and Carole Baskin, a big cat sanctuary owner in Florida.

Their war involved accusations of abusing captive tigers for commercial gain at Exotic’s zoo versus protecting them from exploitation at Baskin’s sanctuary. It got bitterly out of hand, leading to Exotic’s conviction for trying to hire a hit man to whack Baskin, a crime for which he’s serving 22 years in prison. He was also convicted of wild life violations.

Wynnewood residents, who are used to ducking tornadoes, don’t mind their tie to the “Tiger King” and his madman antics. They observed his outlier behavior well before Netflix streamed the docuseries.

Mayor Harold Gregory, who tangled with Exotic over complaints filed by the zoo’s neighbors, looked at it this way: ”Didn’t P.T. Barnum say there was no such thing as bad publicity? So we have got that going for us.”

He added that his community 70 miles south of Oklahoma City “just happen to be the place where he chose to buy the property and put his zoo. I thought it was kind of cool that the city of Wynnewood was getting all this international publicity.”

“We had website traffic from 107 countries,” said Butler. “I want to say we sold coming up on 800 hats. We have sold out of two different styles of black. We have actually sold a lot of other hats also. People have just taken to our logo.”

A replica of the Joe Exotic cap sells for $40 on the auto dealer’s side business website. Butler said this month’s proceeds will be donated to country singer Toby Keith’s OK Kids Korral in Oklahoma City.

Jessica Martin is a hair stylist at Valley Gal’s in neighboring Pauls Valley,Oklahoma. She did Exotic’s signature blonde mullet. When the documentary first steamed, she didn’t want anyone to know that fact but has since come to embrace her association.

Martin said Exotic was a big tipper, talked vulgar when no other customers around but “always really nice to me.” She recalled he told her about getting a film made about him. She didn’t believe it. Then the Netflix series became a hit.

Jordyn Dudley works at Mettry’s Department Store in Wynnewood, where Exotic did his dry cleaning and bought shirts.

“Was he the most rational in his approach? Probably not,” said Dudley. “I think at the end of the day, people supporting him and wanting justice for Joe really aren’t too off.”

Mayor Gregory summed up Joe Exotic’s presence in Wynnewood and how he operated his roadside big cat zoo as portrayed in the Netflix series.

“I guess we just kind of got numb to whatever he was doing,” said Gregory. “It didn’t really register to us, but when you put it all together in one documentary like they did, it is quite a compilation.”

Jordan Bishop is a journalist at the Stillwater, Oklahoma, News Press. Contact him at jbishop@stwnewspress.com.