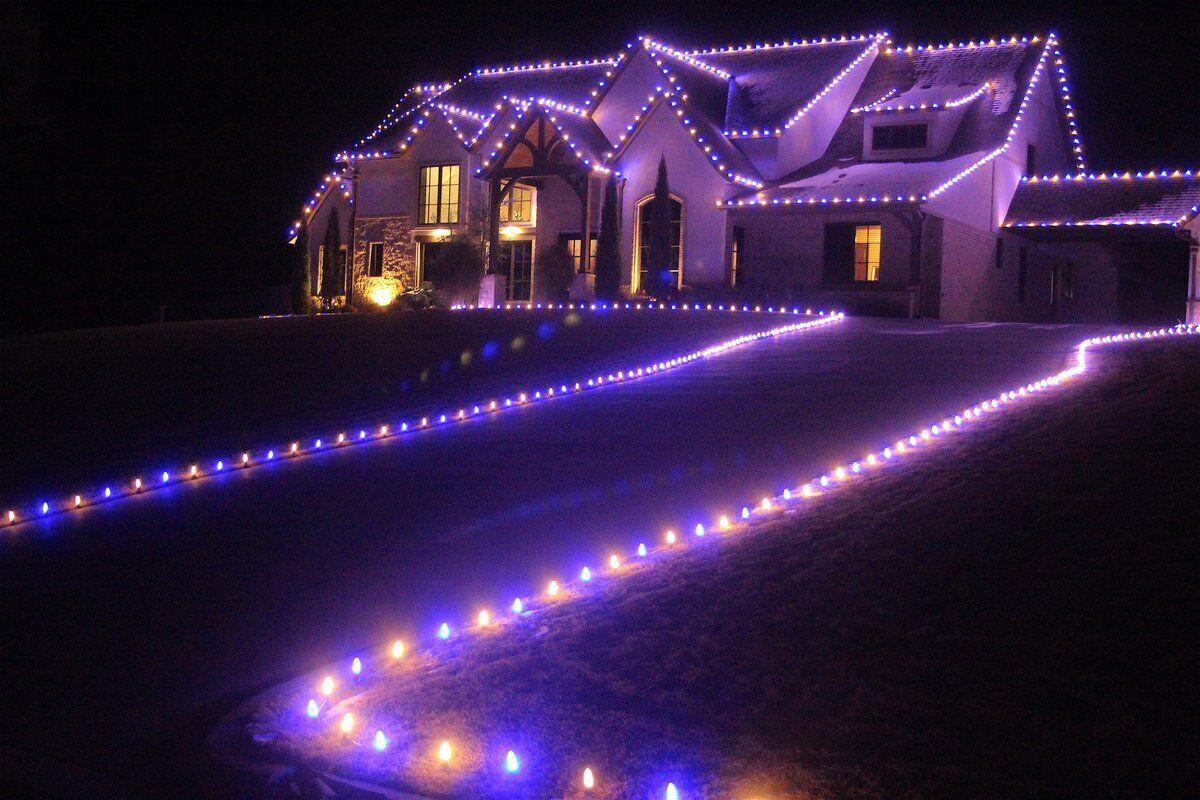 A home in Tahlequah was decorated in bright white and blue lights this holiday season. 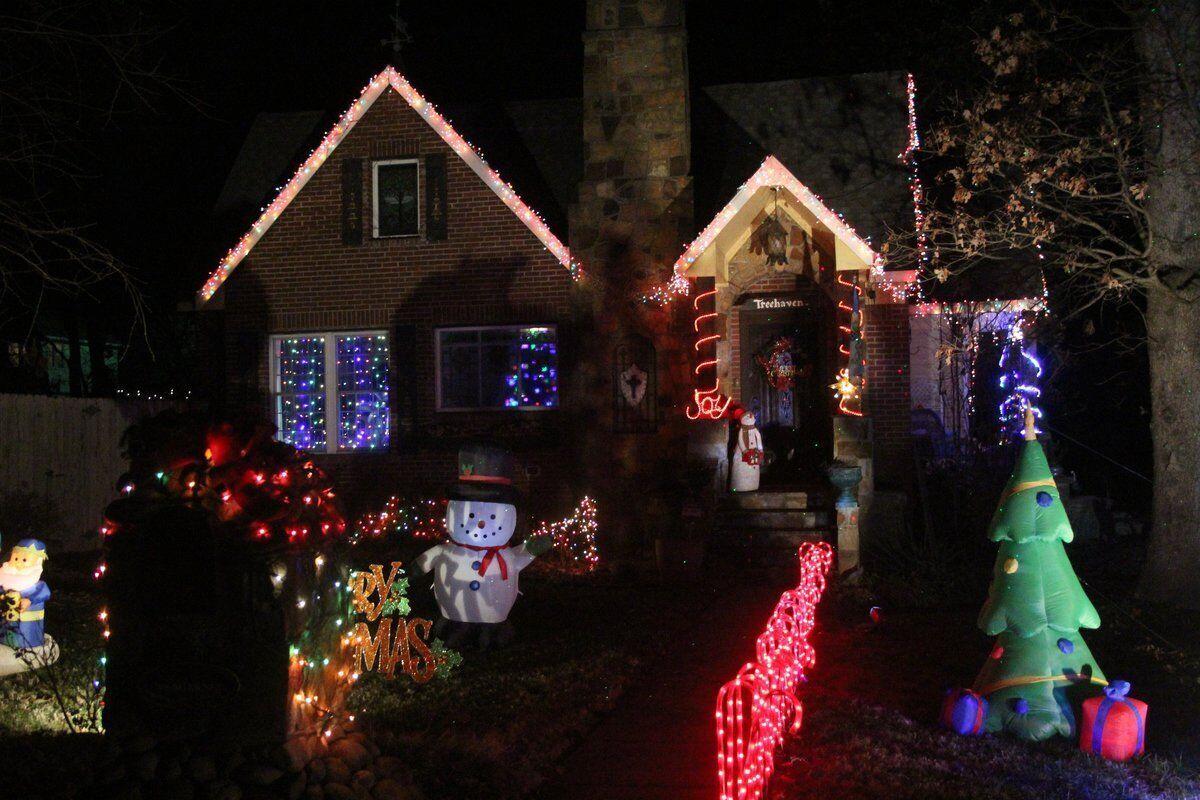 Lights line the outside of a home in Tahlequah, while blowups adorn the front yard. 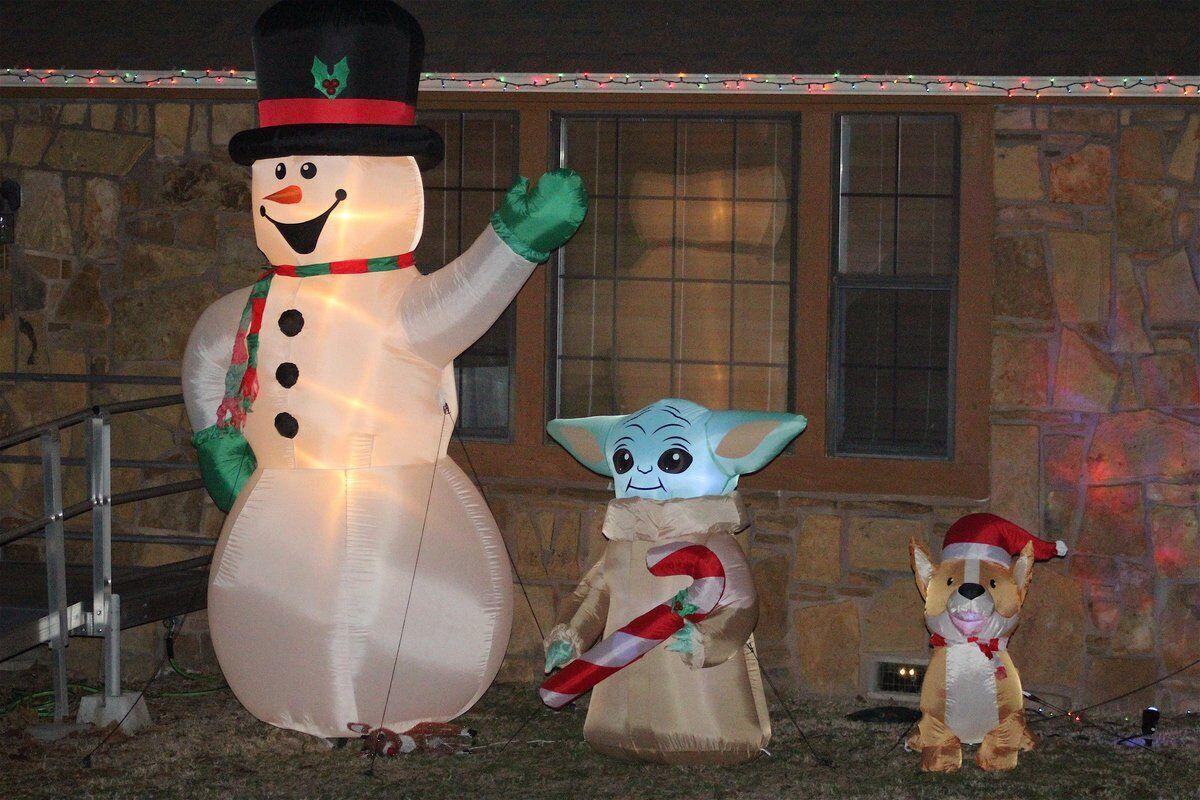 Those who drive around Tahlequah are likely to see one or two inflatable "baby Yodas" from the Disney series "The Mandalorian." 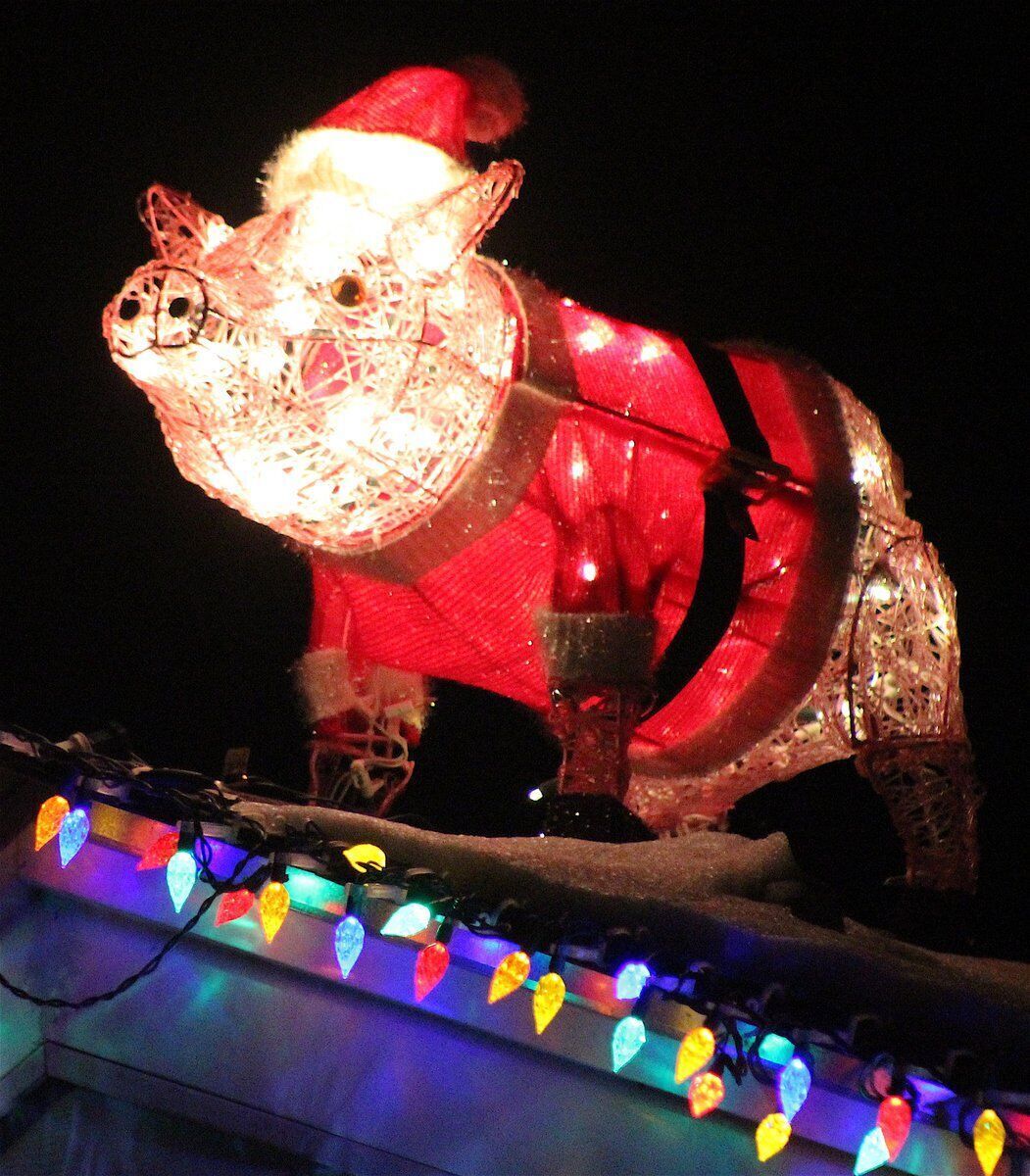 Joyeuse the Christmas pig sits atop of Dan and Cathy Cott's home in Tahlequah.

A home in Tahlequah was decorated in bright white and blue lights this holiday season.

Lights line the outside of a home in Tahlequah, while blowups adorn the front yard.

Those who drive around Tahlequah are likely to see one or two inflatable "baby Yodas" from the Disney series "The Mandalorian."

Joyeuse the Christmas pig sits atop of Dan and Cathy Cott's home in Tahlequah.

Untangling wires, replacing bulbs and breaking out ladders to hang Christmas lights every year can be quite the job for homeowners. But when the result is a brightly-lit house adorned with festive decorations, onlookers can rarely resist the lure of holiday spirit.

Some people tell stories about their experiences hanging Christmas lights. What’s not as common is a story based solely on a decoration itself. But Cathy and Dan Cott, a Tahlequah, Oklahoma, couple, have built up a tale about their prized Christmas pig, Joyeuse, which sits atop their home every winter.

“I have a husband with a wild imagination,” said Cathy.

According the Cott’s “origin story” of the Christmas pig, passersby might associate Joyeuse with the coronation sword of King Charles I of France, better known as Charlemagne, whose powers were wielded in united Western Europe. However, Joyeuse is named after the great bath sponge of Frederick Altamont Cornwallis Twistleton, the Fifth Earl of Ickenham, commonly referred to as Lord Ickenham – who in turn was named after Charlemagne’s sword.

While it might sound too elaborate to be fake, the idea of the Joyeuse the Christmas pig was created out of thin air. Fans of author P.G. Wodehouse might recall Frederick Altamont Cornwallis Twistleton as the fictional character, also dubbed Uncle Fred, who appears in various comedic short stories and novels written by Wodehouse.

But the pig’s namesake is just the beginning of the couple’s historical fiction story written to accompany the holiday decoration.

Dan actually wrote a meticulous description of the pig’s dawning, as if it were a European folklore that created the tradition of placing an illuminated pig dressed in a Santa suit on one’s roof – beginning in the Middle Ages and on into modern times, crossing multiple countries and continents. He even included a “centuries-old ritual” of striking the snout of the pig with a gold coin as a way of receiving good fortune and blessings, which these days provides a chance for people to throw wadded-up $20 bills at the couple's home.

“We always tell everyone this a joke,” said Cathy. “It’s just to make people laugh and smile, and we need it this year."

The real origin of Joyeuse the Christmas pig dates back to when the Cotts lived in Germany for three years while Dan was stationed there.

“Christmas over there is very different than it is here,” said Cathy. “So they do have these family stories and traditions, and they have stuff like this and they carry it forward in a modern fashion. I think that’s kind of what inspired him to write it.”

Locals who drive around this holiday season to look at lights will also notice at the Cott’s house the decorations known as “Barack Ollama"; and “Patrick Mahomes, the GOAT,” as a tip of the hat to the couple’s Kansas City Chiefs fandom. They also have an inflatable Pride tree in support of LGBTQ community, which Cott said can receive some stares.

"Dan made that whole thing up," Cathy said of the pig. "He’s a really talented writer and he’s got a great imagination.”