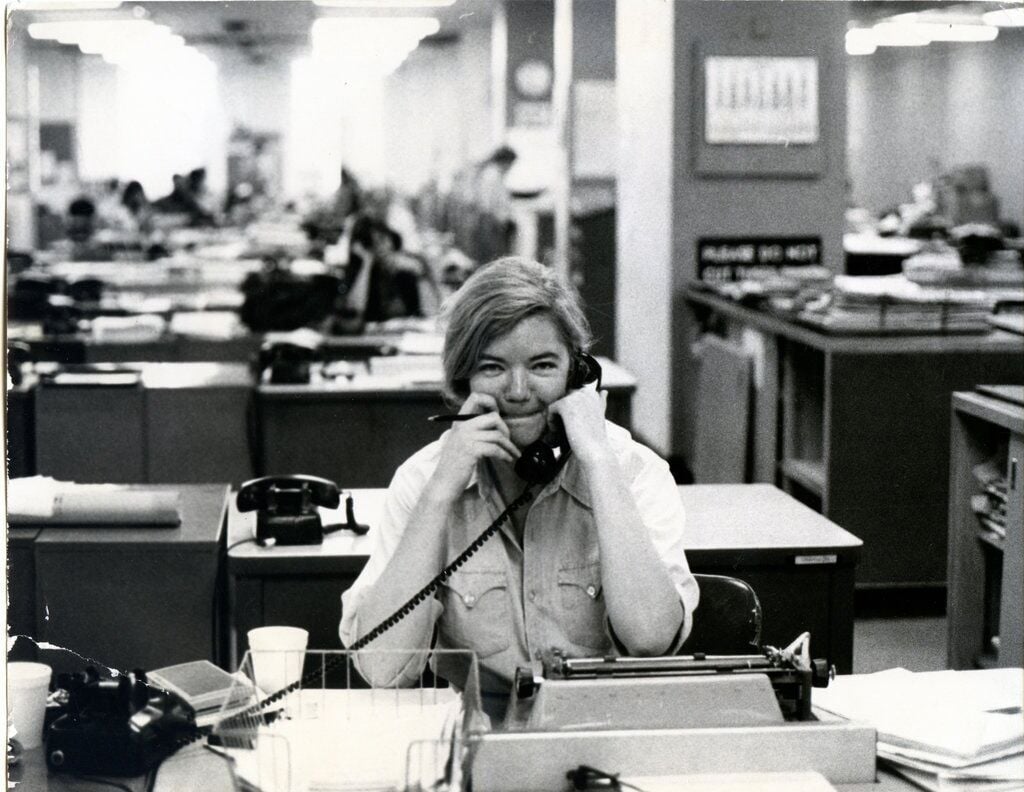 Molly Ivins was a reporter and columnist for the Minneapolis Tribune, the Texas Tribune, the Dallas Times Herald and the Fort Worth Star-Telegram during her journalism career. She was also a syndicated columnist published in newspapers across the country. 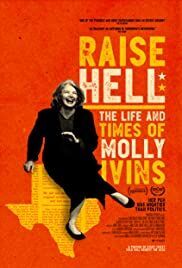 Molly Ivins cast a large imagine as a liberal Texas columnist before her death from breast cancer on Jan. 31, 2007. Her feisty life is captured in a documentary film available on streaming services.

Molly Ivins was a reporter and columnist for the Minneapolis Tribune, the Texas Tribune, the Dallas Times Herald and the Fort Worth Star-Telegram during her journalism career. She was also a syndicated columnist published in newspapers across the country.

Molly Ivins cast a large imagine as a liberal Texas columnist before her death from breast cancer on Jan. 31, 2007. Her feisty life is captured in a documentary film available on streaming services.

Molly Ivins, the feisty Texas columnist and author, described herself thusly before succumbing to breast cancer 13 years ago:  “I spent most of my life feeling like I’ve been shot out of a cannon.”

The metaphor aptly fits her years of firebrand storytelling and razor-sharp wit that’s now captured in a documentary film titled, “Raise Hell: The Life and Times of Molly Ivins.”

Ivins, known as six-feet of liberal Texas trouble, was 62 at the time of her death. She had a nationwide fan base  -- her “beloveds” -- as a syndicated columnist published in newspapers around the country. Her peppery pen often targeted politicians and anyone who marginalized the powerless. She famously nicknamed President George W. Bush “Shrub” and “Dubya.” Former Gov. Rick Perry was “Governor Goodhair.”

The documentary, six years in the hatching by filmmaker Janice Engel, provides details of Ivins’ lively life’s journey, featuring quotes and testimonials from the likes of fellow Texan Dan Rather, liberal commentator Rachel Maddow and others who admired or respected her. Premiered to acclaim at last year’s Sundance Film Festival, the documentary has also won praise from several film reviewers. It is available on movie streaming services.

Mike Blackman, the former executive editor of the Fort Worth Star-Telegram, hired Ivins as a columnist after the Dallas Times Herald, her home-base paper then, folded following its sale to the rival Dallas Morning News in 1991. He remembers her as a one of a kind journalist.

“She had a humor the size of Texas, which was only matched by her indignation at what she perceived as injustice,” said Blackman. “She was able to enlighten, entertain, bemuse, confound and perplex – all at the same time.”

Paul Harral served as editor of the Star-Telegram’s editorial pages during Ivins’ time at the newspaper.  His duties included editing her take-no-prisoners column and supervising her “insofar as it was possible to supervise her.”

Harral said he doesn't need to view the documentary, he lived it.

“Molly Ivins was pretty much what you see is what you get – and what you got was superior turn of phrase that captured the essence of mostly the politics of the day,” said Harral. “She was smart and funny and fearless.”

But readers, he said, were not always amused. So the Star-Telegram published conservative columnists on the same page with Ivins, allowing the paper to balance her opinion with theirs, most often that of Cal Thomas.

On Sunday, when the paper published an eight-page opinion section, Harral placed the liberal Ivins column to the right of the conservative George Will’s column on the section’s front page as a visual joke. “So far as I know,” he said, “no one but me ever got it.”

As for Ivins, she left us with a boatload of catchy quotes. But this one intended for practicing and wannabe journalists and politicians spotlights the nub of the documentary film about her personal ethos:

Jeff Prince is a sports writer for the Weatherford Democrat. Reach him at sports@weatherforddemocrat.com.